The presentation of Paul Harris Fellow recognition is the Rotary Foundation’s way of expressing its appreciation for the substantial contributions to its humanitarian and educational programmes. It is named for our founder Paul Harris a Chicago lawyer who started Rotary with three business associates in 1905.

Wednesday’s presentation was recognition to a member of the club who has given great support to the Rotary Club of Ashburton Plains, Rotary Inner Wheel and the wider community.

Almond Joined Rotary as a member of the Plains Club in November 2011. Almond was no stranger to Rotary as her late husband Ian joined our club in 1970 and was a long serving member.

Almond soon took an active part in the club activities. In Rotary year 2012/13 she was a member of the International committee, the following year she was a member of the Community Services committee. In the 2015/16 Rotary year Almond was elected as President Elect Nominee as well as being the New Generations and Community Services Director. In 2016/17 she was President Elect and Administration Director. In 2017/18 Almond was Club President, the first woman to hold this position.

As we know Almond is not a person to sit back and not continue to contribute even having served as club president and in 2020/21 she was New Generation’s Director. This has been followed up with her being Director of the Foundation committee in this current Rotary Year.

As well as Almond’s outstanding contribution to Rotary, she has also held Club, District, National and International positions in Inner Wheel. She has also provided long standing service to the Girls Brigade along with her dedication to the Hakatere Presbyterian Church as a long time pastoral leader within the parish. 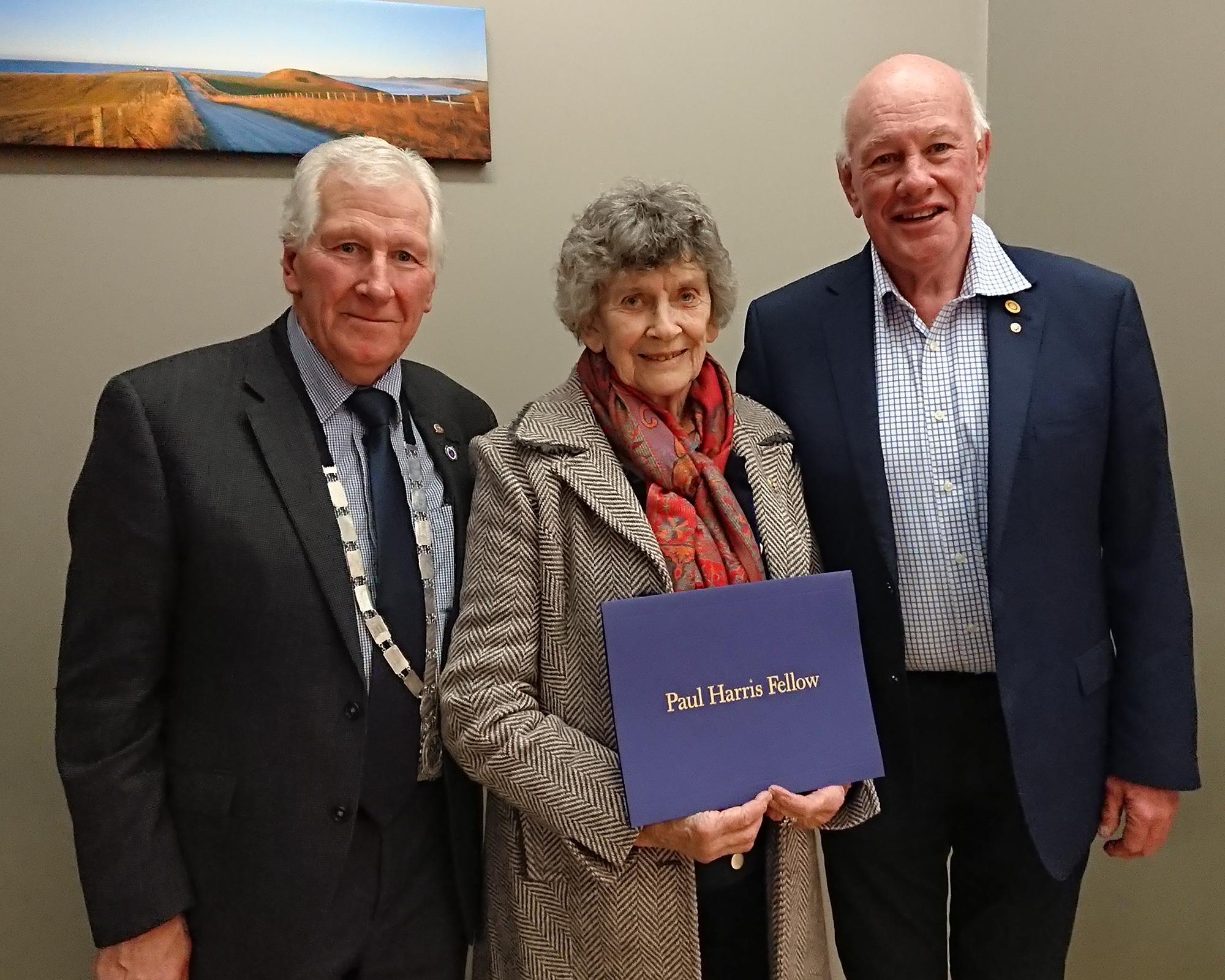